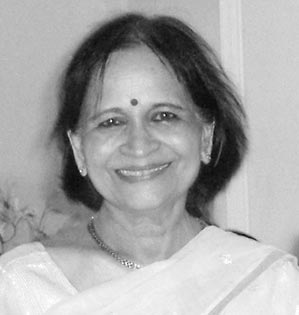 Neela Shroff was the founder and president of the Vatsalya Foundation, Mumbai, and was passionate about the cause of street children

She was a reputed educator and faculty member at the College of Social Work Nirmala Niketan, Mumbai, for over twenty-five years. She had always taken an active interest in the cause of vulnerable and underprivileged children.

Neela Shroff received her Bachelor’s degree in Economics and Sociology at the Elphinstone College, Mumbai, and did her post-graduation from Tata Institute of Social Science, with a specialisation in medical and psychiatric social work. She worked as a medical social worker at the J.B. Wadia children’s hospital and at the Family Service Centre before she joined Nirmala Niketan, Mumbai.

She was invited to participate in the Cleveland International Programme for Social Workers and Youth Leaders in 1962 in the U.S.A. She attended theory courses at Western Reserve University, Cleveland, and gained invaluable work experience at a rehabilitation centre in Pittsburgh.

She had participated and presented papers in several workshops and conferences at city, state, national and international levels. Among these were some organised by the Government of India, various state governments and the local self government, UNICEF, TISS, CANSAVE and College of Social Work, Nirmala Niketan. She had also presented a paper at the World Conference for Social Workers in Sri Lanka. Her articles have been published in various professional journals.

Neela Shroff was appointed as a Member of the Commission on ‘Working of Beggars Home’ by the High Court, Mumbai and was the Executive Chairperson of the Coordination Committee for Vulnerable Children (CCVC) and Convener of the National NGO Forum for Street and Working Children. She was also a member of the Child Welfare Committee of the Juvenile Justice System.

Birth of The Vatsalya Foundation

It was around the early ’80s that the phenomenon of street children was acquiring global attention, especially in the developing countries. Migration from rural to urban areas was on the increase and a large number of children could be seen living and working on the streets without family support.

Around this time, as a faculty member at the College of Social Work, Nirmala Niketan, I was supervising a field placement at the government-run institutional home for children in need of care and protection in Mumbai, which was part of the Juvenile Justice Act1. While these homes aimed toprovide for the needs of children such as food, shelter and education, they had very limited impact on the well-being of these children. It wasnot uncommon to find many children returning to the streets, having runaway from these institutions, citing abuse and neglect. Children viewed it as a jail. The living conditions were indeed appalling and there was notherapeutic environment that allowed children to deal with neglect or abusein their lives. Specifically, there was no individual attention given to thechild who needed care and protection.

Having identified this major gap in the institutional approach of the government run homes for children, I, along with my small team of social work students decided to experiment with an alternate, non-institutional approach – that of providing special, focused individual attention to each child who needs care and protection. This was the genesis of Vatsalya2 – a non-governmental organisation set up in 1982, that aimed to specifically address the issues faced by street children in Mumbai in a child-centric manner. In the first year itself Vatsalya reached out to 600 children living on the streets.

It started by working at the grassroots level with street children and actively networked with government and non-government agencies for issue-based interventions. Soon after, in 1989, Vatsalya helped set up and lead a network of children’s NGOs in Mumbai, called the Coordination Committee for Vulnerable Children (CCVC). The network acted as a NGO forum and a platform to promote co-ordinated efforts in providing child protection services3 to vulnerable children (mostly street and working children).

Today Vatsalya reaches out to nearly 4,000 vulnerable children every year. It provides care, protection and support to these children and advocates for their basic rights. In recent years, Vatsalya has also initiated development work with rural communities. Vatsalya’s interventions focuson preventing distress migration of rural communities to urban areas insearch of work, thereby preventing children of such families from living and working under vulnerable conditions on the streets.

Street children live on the streets for various reasons – while some choose the streets for the exciting prospect of being independent, others aredriven there by despair. In most cases, they simply have nowhere else togo. What distinguishes these children from others is not only their difficultcircumstances, but also their sense of adventure, their determination totake control of their own lives, and their strong sense of independence.

Personally, I don’t like to use the term ‘street children’. I feel that it stereotypes these children and stigmatises them further. However, for want of a better word to portray the difficult circumstances of children who live and work on the streets, I have continued to use the term ‘street children’ in this publication. No other word or term resonates with their reality better.

The journey that began in 1982 has been a long one. Having been associated with the organisation since its inception – for over 25 years now – I felt the need to put together the experiences of working with street children in the hope that it will bring home to readers the difficult realities faced by millions of street children in India every single day.

This book showcases the exemplary work done by Vatsalya in the field of child protection. It also documents the collaborative efforts behind a national level campaign for securing the rights of the street child, in which Vatsalya played a key role. Twenty five years ago it was one of the first agencies that adopted a non-institutional approach to provide for the well-being of street children. This approach has proved conducive towards reuniting scores of children with their families. Vatsalya was also one of the first to implement an outreach programme for children on the streets in Mumbai.

As a child rights focused organisation, Vatsalya has effectively networked with UNICEF, the state government (Government of Maharashtra) and the central government (Ministry of Women and Child Development, Government of India) to improve services and build constructive awareness about the issues concerning street children. Vatsalya, through various forums, has engaged with the government to advocate for child rights. In 1993, Vatsalya was amongst the first few NGOs in India to besupported by a grant-in-aid scheme of the Ministry of Social Justice and Empowerment, Government of India: ‘The Integrated Programme for Street Children’. Vatsalya continues to receive financial support underthis scheme. Vatsalya also helped set up the government-sponsored child helpline service, CHILDLINE, in its first city of operation, Mumbai and continues to serve children referred through the helpline. Many students of social work who have interned with Vatsalya have gone on to set up other non-profit organisations dedicated to the cause of street children.

Over the years, Vatsalya, like many other non-profits, has faced several challenges related to space, funds and personnel. In a city like Mumbai, where every square inch is at a premium, availability of space to run its centres and shelters has been a primary challenge. This, combined with the fact that Vatsalya receives limited government funding, makes sustainability of its programmes a prime concern. The one solution to this, I believe, is a co-ordinated response. It is only by working together as a government body, as a NGO, as a concerned citizen, as an academic organisation and even as a profit making organisation that we can achieve the goal of reaching out and caring for every single child who is on thestreets. I hope this book serves to remind us that together all of us can make a positive difference in the grim lives of these youngsters.

Many of us go through our lives without realising our many blessings,unmindful that there are so many others less fortunate. This book speaks to the reader in the voices of street children. All of these are true stories of Mumbai’s street children, whose names have been changed to protect their identity. Each story is unique and tells a tale of struggle, success and hope for both the child and the organisation in seeking and providingcare, protection and future options. I sincerely hope that this book touches a chord in every reader’s heart and is an inspiration to contribute in whatever way they best can to make a difference to the life of the street child.

Vatsalya is into its Silver Jubilee year and that is reason enough to celebrate. Even so, let me say this: The only true rejoicing for us is when we see the smiles on the faces of these street children… these sweet children.